Thanks to the extreme hot weather we recently experienced and being trapped indoors I actually dragged the sewing machine into the living room (studio was just TOO hot!) and made a few little crafty projects. It was great. I rarely sew these days because jewellery-making keeps me fully occupied. I had forgotten the joys of a good old fossick through the fabric cupboard and the little butterfly jump you get in your tummy when you rediscover a piece of fabric you had forgotten you had and is just perfect for the project you have in mind! 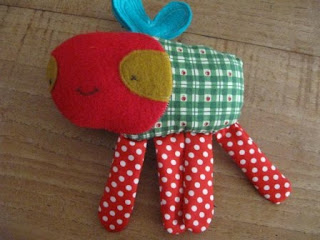 This little chap is for my great-nephew who will soon be one year old. He is made of felt (the bug silly - NOT the nephew!),and some cotton scraps.I figure the baby will be able to grab those legs and swing the bug about or have a good chew on them. I used wool felt - it is so much lovelier than acrylic felt. We haven't named him yet so if you have any suggestions ... 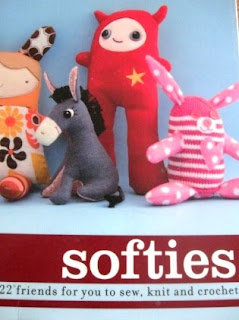 I used a pattern from the "softies" book which is a compilation from a bunch of different crafters. This pattern was made by Carly Schwerdt of Nest Studio. The photos in the book are lovely and most of the patterns are straightforward. There is a second book out called "more softies" apparently - I borrowed this one from the library - just before the heat-wave - so I must have known I would be sewing!

I usually make my daughters a covered diary each at Christmas time and put it in their Christmas stockings ( are you ever too old for a Christmas stocking?) but this year the Christmas spirit didn't kick in until after Daughter 2 returned to Oz after a year in the UK - and that left me with just 9 days until Christmas Day! Eeeek! Needless to say a number of would-be projects were shelved. So, they became post-Christmas gifts. I made the one pictured below for said returning Daughter and she just loves it! Both of the girls have a penchant for being organised and keeping things sorted (sadly NOT their bedrooms though!) so these diaries are a practical gift and the girls can often be spotted scribbling in all those social arrangements that young adults have. Handy to keep work shifts sorted as well. I doubt my darling Son even knows what organised means, so he misses out on a diary. Besides all his social arrangements seem to take place in that murky environment called online-gaming - he and his friends talk to each other in real-time via our Skype headsets but through the actual game they are playing! Have to admit I don't really get it, technology defeats me sometimes.
I didn't purchase any fabrics for these - just used up scraps of felt I had. If I can ever wrestle the other one from Daughter 1, I will post a piccie - she wanted an owl ... 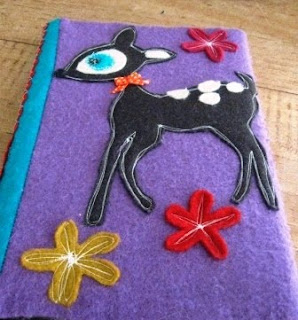 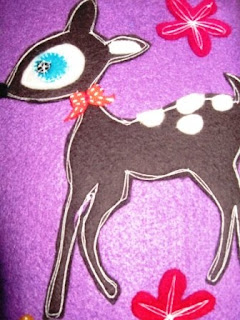