I have to say that it has been slim pickin's around the local oppies this week. I really didn't find anything terribly wonderful so I thought I would share something I picked up a couple of weeks ago - and its transformation! 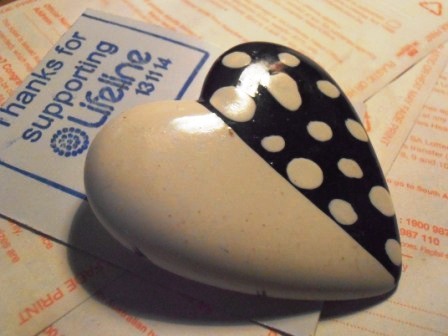 I think this heart brooch is probably circa 1985 - I seem to recall having some ear-rings that were similar. Even though the Eighties were my 'glory days', I felt it needed a little facelift. When I bought this, I assumed it was wood but as I began to remove the paint it became clear that it is some kind of acrylic. That made the job a little smelly! 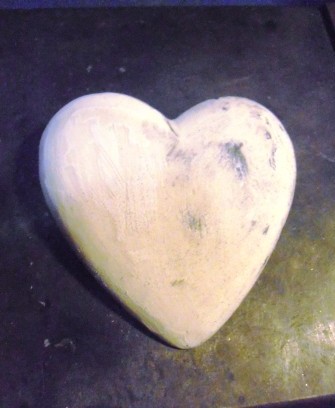 Here it is - all naked and ready for re-invention ... 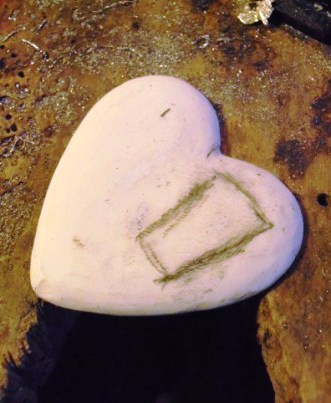 First I sketched out a shape to cut out and create a niche. 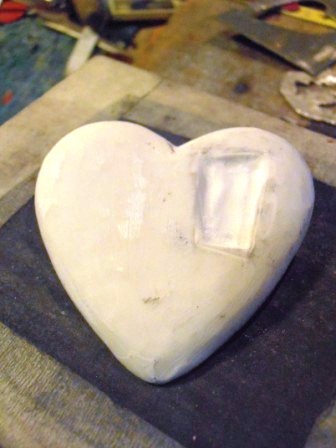 Then of course I had to make the niche! I used lino carving tools to create an outline and then a sanding bit on my trusty Dremel. If it had been wood I could have just used the lino tools. 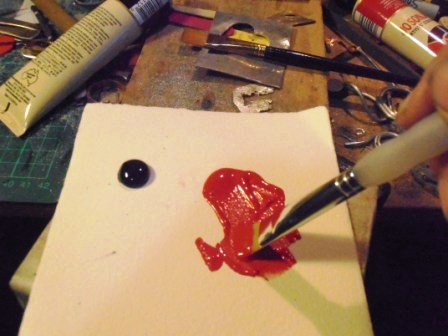 Yummy scrummy paint - I used Jo Sonja 'cos it is so dense with pigment that it sticks really well to almost any surface. 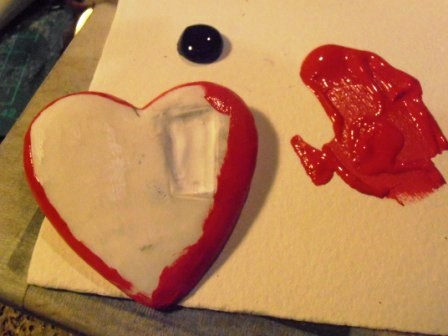 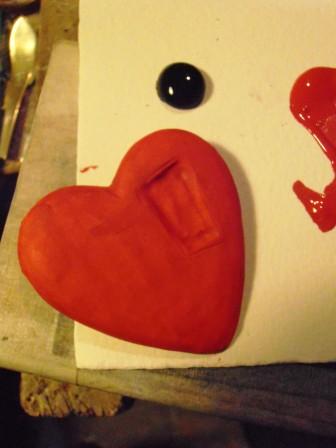 Then a good coat all over. I let it dry and added a second coat for some extra oomph! 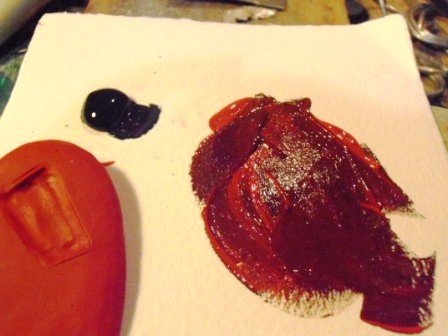 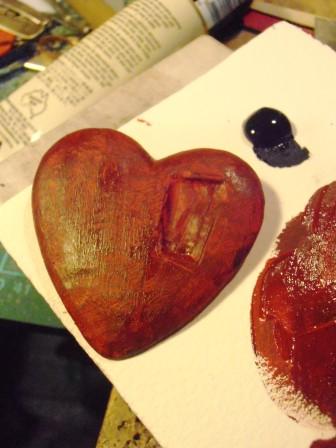 The darker shade was applied roughly all over to create some depth of colour. 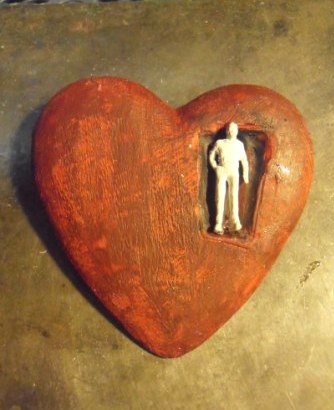 The final touch - a little man for my heart! I just used a little epoxy to glue him in there so time will tell how sturdy that is, but I think it should be ok. A quick spray with some varnish and the project is complete.
Now I can't take credit for this design because I saw someone wearing something like this in the beginning of the year and it caught my eye. Like all artists, I filed it away in the part of my brain that houses "good ideas". So, to the original designer I say "thanks" and sorry for being a thieving so and so - if I knew who you were I would credit you for sure!
Let me leave you with this gem from my glory days - circa 1985 I believe!

Joining in with Sophie over here and some other cool kids over here
Posted by sue at 1.7.12

What they do say impersonation is the sincerest form of flattery. Love the revamp.

What a lovely transformation.

I need one! But i'm thinking a Day of the Dead skeleton in the heart, yep that would be rad thanks ; )