I had the good fortune to stray into several oppies this week in the company of my daughter. We were dropping things off after the mammoth wardrobe clean-out so we were being very strict about any purchases. We did find some genuinely lovely stuff that simply couldn't be left behind ... 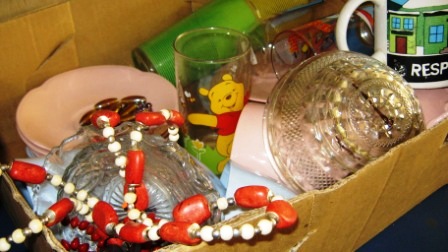 Our box of goodies - glassware, crockery and beads. 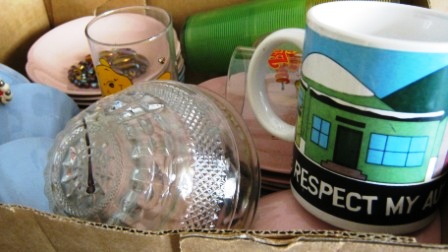 My daughter couldn't resist the cheerful promotional glasses and wants to start a collection and the SouthPark mug? Well, oldest daughter and son are fans so they can slug it out over ownership! 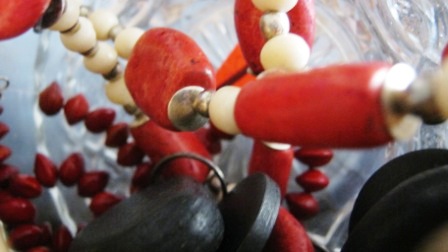 What is it about red beads? It is like they have  a siren call that I just can't resist! These are ceramic and the ones in the background are seeds - probably from some tropical clime!
A lucky strike - these pretty pastel cups, saucers and plates ... 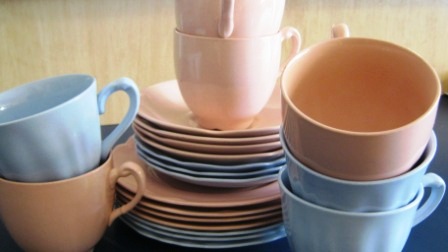 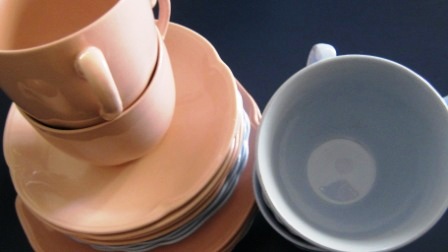 They are reminiscient of evry country Town Hall and CWA rooms across Australia ... 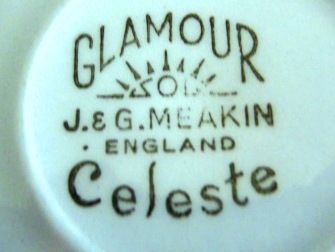 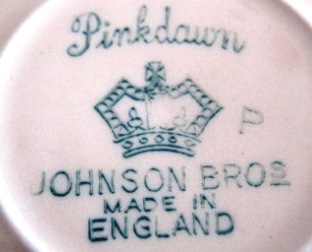 In such places they are usually accompanied by yellow ones and are often Johnson Bros Australia rather than England. I think these may well be gifted to someone - I have so many cups and saucers - they are very sweet though ... To see what the rst of the gang is collecting,  head over to Sophie's.
Posted by sue at 15.2.11

We have those glasses, they come in sets of six....snow white, disney, pooh bear...toy story...things like that, they held IXL jam...all boxed up and put SOMEWHERE!!!!!!
Beautiful tea cups, I found some pink ones last week too....Im a bit partial to the blue.....

Love the cups and saucers- very CWA...just need the lamingtons.