This afternoon I ratted through the box of broken china and fished out any pieces that I thought worthy of saving. Then I set to and cut and shaped them. The result ? Well have a squizz below - a whole bunch of pretties just waiting to be strung together. Now that my friends is job satisfaction! 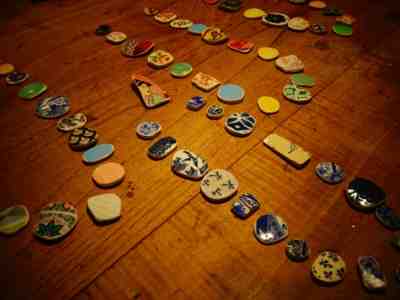 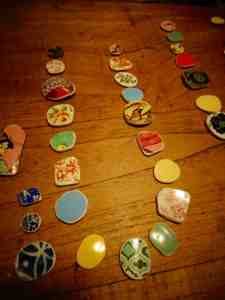 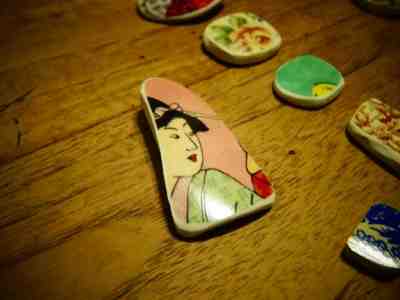 After having spent so long ignoring this blog it seems I now have lots I want to share so at the risk of sending everyone off to the land of Nod, I am gonna post a few more pics of the upcoming exhibition with glass stuff.
In that last piece I finally got to use the crusty little beads that I made from the wine bottles. This is my first ever attempt at bead making with a torch and I reckon I have a long (long long!) way to go! These little guys presented a bit of a design challenge because of their size. They are pretty tiny - say 4 -6mm, and just looked silly paired with most pendanty things. Also I was jack of making them and had to just use what I had made when still enthralled with the process. Actually I still love the process but hate cleaning out the clay stuff from inside the bead! So I doubled them up and combined them with some seeds made by indigenous Australians and some wood beads that I rescued from an op shop. The tree itself was cut from two trays - a 70's wooden one and an older silver plate one . 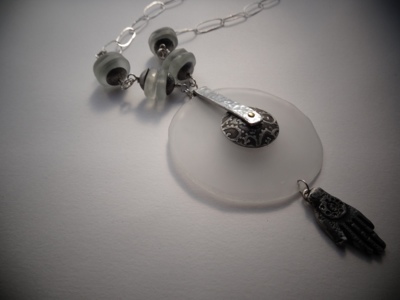 This one is made from a recycled wine bottle, reclaimed pewter and sterling silver. Oh and the bottom of a champagne flute that fell out of my cupboard and broke! I used the rest of it to make little beads - crusty, underdeveloped bead, but beads none-the-less. I called this piece "Elemental" 'cos it has a kinda earth spirit vibe going on. I think the hand that I cast and decorated adds to that too. 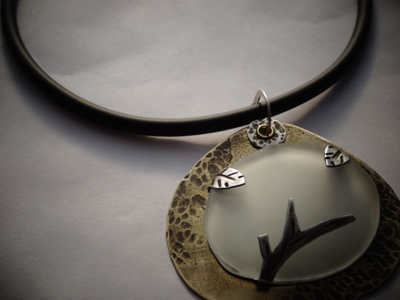 This one is also made from wine bottle glass that is captured with reclaimed pewter and backed with brass cut from an old tray that I bashed up a bit. Can't quite remember what I called it but I know it had a reference to the moon - "Luna something or other" because I think it looks a bit moonlike ... 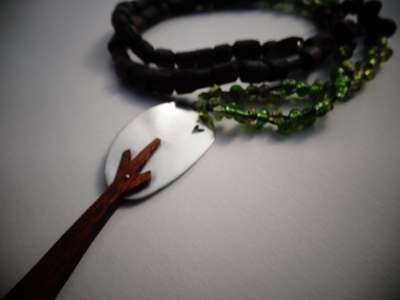 I am not talking about the recent Federal Budget that was handed down - the less said about that and what it means for disadvantaged people, the better. No, I am talking about my self-imposed ten dollar thrifting budget. In an effort to ensure that I don't end up on a tv show called "Hoarders Gone Wild", I am curbing my op shop spending. Of course I could just not go to the oppies at all but it is my recreation and far healthier than five arvos a week playing the pokies at the local pub! So I set myself a ten dollar limit. And what happens the very first time I try out my resolve? I blow it by fifty percent. Sigh. Perhaps I am destined for reality tv after all ... This was all in one shop too ... I rummaged happily through baskets and shelves and found some treasures that I just couldn't pass up - vintage beads, pearls and a sweet little book with Psalms. And a real size book and some trays - one of which appears to be mother of pearl so it will be fun to see if I can cut that up! My fave finds though we're the sweet little fishies and the pearl earrings - they have such a lovely hand wrought look. sigh.
If I turn up on your tv screens soon don't say you weren't warned! 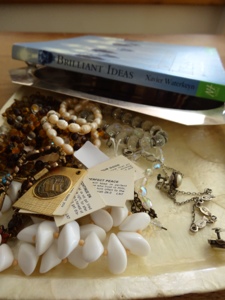 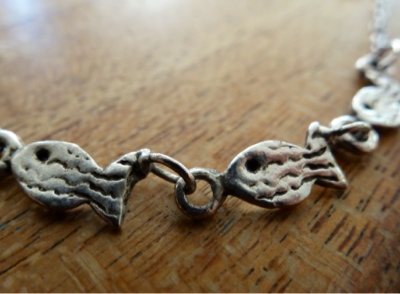 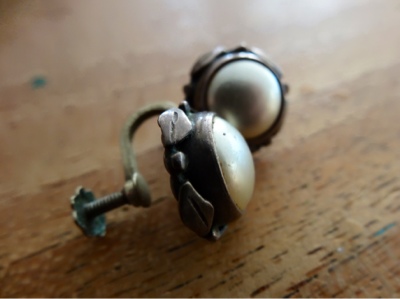 I have been missing for a little while now - my poor blog has been gone ... But not forgotten! I have been preparing for a show and it has taken more than a little of my concentration. I have been making jewellery out of wine bottle glass. This is a new medium for me and so I have not only been developing designs but also working out how to work with the stuff. Glass like this is a bit of a contradiction. Incredibly tough but fragile ... The upshot is that I have learned heaps and rather wish I could start making things NOW for the show 'cos I am sure they would be much better than what I have come up with. Have a gander - I'd love to hear your thoughts. 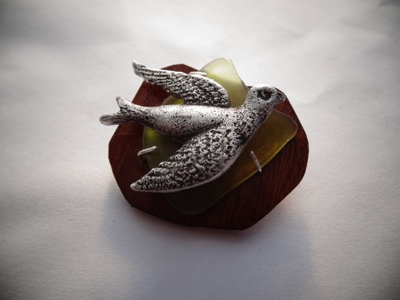 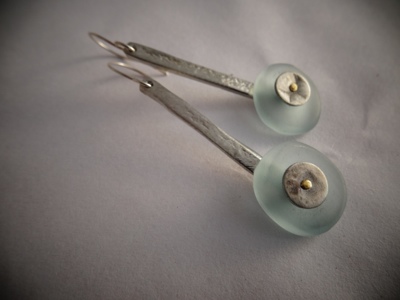 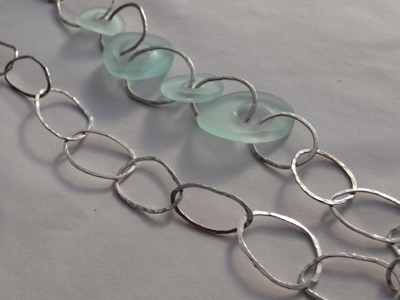